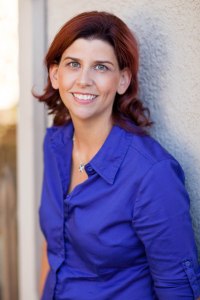 M Pepper Langlinais is an author, award-winning screenwriter, and produced playwright. She writes in a wide variety of genres including mystery, fantasy, and historical romance. M worked on the set of the film Hope Floats and was a participant in the Shakespeare at Winedale program at UT Austin. She has also taught Shakespeare, mythology, and creative writing. She earned a Master of Arts from Emerson College and worked for Houghton Mifflin and Pearson before deciding to write full time. M lives in Livermore, California.

Kai and M met at the San Francisco Writers Conference 2018. They met during the gala, and spent the evening in a group having a long conversation about theology and history. M is the author of several books, including the spy novel The Fall and Rise of Peter Stoller, the YA fantasy Manifesting Destiny, and the regency romance Brynnde.

Kai Raine: Please tell us a little bit about yourself.

M. Pepper Langlinais: I live in Northern California with my husband, three kids, and two cats. I’ve worked on film sets, and I worked in publishing for a number of years, and then I left so I could raise my kids and write my own books.

Kai: You’ve written books in a variety of genres. Are there one or two genres that you prefer writing in?

M: I’ve found Regency romance to be the most fun to write. That said, I’m particularly proud of my spy novel The Fall and Rise of Peter Stoller, and I wouldn’t rule out going back to that genre.

Kai: Brynnde has this unique and wonderful balance of relatable modern characteristics and interactions with the regency setting. What motivated you to write this story?

M: I love reading Regency romances, and one day I thought, “So why not write one?” I’d been writing very heavy books and wanted something lighter and more frivolous.

Kai: Do you read regency romances? Which authors are your favorites?

M: I don’t think I have any favorite authors of Regency romances. I used to just go to the bookstore and buy them. This was back when Zebra and Signet and all those had Regency-specific lines, and new titles came out each month. When those folded, I went through withdrawal and bought big lots of the books on eBay to get my fix. Pretty much anything and any author I could find.

Kai: The premise of Manifesting Destiny is a really unique and interesting one, and kind of reminds me of the daemons from His Dark Materials. How did you come up with the idea of an inner animal that could also be eradicated?

M: So that story started when my kids came up with this idea that I’m secretly a dragon in human form. My oldest son saw Disney’s animated Sleeping Beauty when he was about three years old, and I think Maleficent turning into a dragon at one point is what planted the notion that I might do that. Anyway, he passed that knowledge to his little brother and sister, and my daughter–on whom Cee is based–eventually decided she has a dragon in her, too.

As for the idea of eradicating the inner animal, for me it was more a story of being your true self, but also taming those impulses. People will tell you never to be angry, for example, but anger is a part of life. Better to say, “It’s okay to be angry, so long as you let it out in appropriate ways.” So when Cee’s friends want her to get rid of her dragon, they’re really telling her NOT to be herself, in part because it makes THEM uncomfortable. She has to decide, “This is me, and I need to learn to live with it. And I need to find people who accept me, dragon and all.”

M: I only really thought about them reading my books when writing Manifesting Destiny. My kids are avid readers and they read well above their grade levels, but it’s sometimes difficult to find things that are socially and emotionally appropriate for them and yet written at a level that won’t feel babyish to them. My oldest is reading my YA Shakespeare manuscript right now and seems to love it, though.

Kai: Since you started the Changers series, do you ever look at people in real life and think about what their inner animal might be?

M: Sure! I do sometimes wonder which Clan some people might be. At one point there was an online quiz that sorted people into Changers Clans… I don’t have the link anymore though.

Kai: Do you have a favorite character among your creations?

M: I hesitate to say “favorite,” but I think Peter Stoller will always be close to my heart. That book took me the longest to write, so I spent more time with Peter than any of my other characters.

Kai: Have you ever pushed your comfort zone as a writer?

M: My first sex scene, which will appear in Changers 2, was pushed my limits. I don’t read or write sex/erotica, and certainly in a YA novel it can be iffy, but I think I’ve done a fair job. We’ll see what readers think when the book is done and published.

M: I read so much . . . As an only child, reading was a large part of my daily life; it was how I entertained myself. I remember Zilpha Keatley Snyder’s books having quite the impact on me: The Changeling, The Egypt Game, The Velvet Room, The Truth About Stone Hollow . . . I haven’t read any of those in years, and I’m afraid if I tried they’d lose their magic for me.

Kai: I recently said something similar to my aunt. She asked me why that would be a bad thing—why my present opinion would diminish my past opinion. I didn’t have an answer to that—I still don’t. Do you have one?

M: I think there’s a proximity bias. The old memory and feeling is overwritten, so to speak, by the more recent interaction with the book. And what seemed deep and/or marvelous to me as a child might not now. In particular, with the difference in the way books are written now versus how they were even twenty years ago–like watching a movie from the 80s or 90s and it feeling slow because now we’re used to movies blasting out of the gate rather than taking much time to build–an older book might similarly feel clunky by today’s standards and what we’ve become used to. And I don’t want to read an old favorite and have to see all the flaws. I want to remember it as perfect, which it was for me at that time in my life.

Kai: What’s a book, movie or story you’re particularly into at the moment? Why?

Kai: What’s the most crucial insight you’ve had about writing?

M: That the process is different for everyone. There’s no right or wrong way to do it. Except, you know, to not write at all. (Well, and there’s right and wrong spelling and grammar. But don’t worry about that until you’ve written the draft.)

Kai: What advice can you offer to the new indie author?

M: To not listen to advice. To sit down and write and only after you’re done should you go figure out what’s wrong with it and how to fix it. I’ve found that people who read so many how-to books and articles end up paralyzed and unable to write because they’ve got all these rules in their heads. They don’t find their own voices because they think they have to write and sound a certain way.

Kai: I imagine that having experience in the publishing industry is advantageous for any writer. What do you think is the most valuable thing that you gained from that experience, that helps you as an author?

M: An understanding of the process. I first worked making the schedules and then went on to become an editor but still had to work with production and manufacturing and the cover art team and the rights department . . . Understanding how a book is made and all the moving parts definitely helped me. At the same time, I often forget that I’m starting at a place of greater knowledge than the average writer. Not everyone knows the publishing industry! But I think writers should try to learn as much as they can about it and keep in mind it’s a business first and foremost. Publishers aren’t looking for great art, they’re looking for books that will sell. If those books happen to also be great art, so much the better. But if the reading public isn’t demanding great art–if all they want are superhero movies and reality television and erotica novels–then that’s what the media will continue to produce.

M: When I tell people I was diagnosed with Asperger’s while an undergrad, they often say, “You don’t seem like it.” I’m not entirely sure what that’s supposed to mean. I think they’re trying to be nice?

Kai: If you died tomorrow, what would you want people to remember about you?

M: My writing. I want it to outlive me.

Or they could remember me as a dragon. That’s good too.